Congratulations to A.K. Blakemore who is the winner of the 2017/18 Ledbury Forte Poetry Prize for Second Collections for Fondue published by Offord Road Books. You can hear a podcast of the event, which opened the Festival on Friday here:

The opening event of the 2019 Festival offers the opportunity to listen to the poets shortlisted for the Ledbury Forte Poetry Prize for Second Collections and hear the judges announce the winner. This format will no doubt add to the excitement of the occasion, but what makes this event special is the range and quality of the poetry.
Friday 5 July, 6pm – 7.15pm, Burgage Hall, £9.50 (or as part of the weekend pass £18)

Below the judges reflect on their shortlist and give insight into why these collections were selected.

Adam O’Riordan, A Herring Famine
Notable for their breadth of compassion and depth of historical imagination, the fine lyrics in A Herring Famine are also emphatically of their present moment. O’Riordan is a master of cadence and immediacy: his uses of musical echo are at once consolatory and subtly unsettling.

A. K. Blakemore, Fondue
Uninhibited, uncensored, dazzling in its varieties of rhetorical address, Fondue would seem to have reinvented the lyric from scratch. A. K. Blakemore is a magician of shimmering concision, fierce intellect, and disarming juxtapositions. She dares us to be joyful, and at risk.

Danez Smith, Don’t Call Us Dead
“Do you know what it’s like to live / on land who loves you back?” In the extended sequence that launches Don’t Call Us Dead, Danez Smith imagines just such a land for the black boys who have died by violence in our time: the violence of vigilantism, of police brutality, of stigmatized poverty and illness, of despair. From a bitter landscape, this unblinking sequence manages to wrest a celebration of black lives.

James Womak, On Trust: A Book of Lies
True to its title, On Trust: A Book of Lies explores the metamorphic landscapes of shifting allegiance and unstable epistemologies. Writing a cunning jazz line in one poem and a supple passage of lyric prose in the next, Womak matches limberness of method to his ambitious subject: the shifting instabilities of character, circumstance, and faith.

Rory Waterman, Sarajevo Roses
Very few poets can bring to the lives of others the same devout attention we tend to bestow upon ourselves: Rory Waterman is just such a poet. Whether their site of meditation is an abandoned colliery or a much-marketed urban vista, the exquisite lyrics of Sarajevo Roses are imbued with mindfulness. Suppleness of poetic line matches suppleness of spirit.

David Tait, The Aqi
The AQI, or Air Quality Index, is at once a measure of our depredations and our dependency, phenomena that David Tait meticulously traces throughout his wide-ranging new collection of poems. A suite of poems set in China sets the immanent unliveability of our planet in stark relief; an elegiac sequence to the victims of a hate crime in Orlando forges a powerful tribute to love.

Lachlan Mackinnon writes:
Weighing books against one another is harder than weighing individual poems. It sets the thin, perfected but limited volume against the expansive, ambitious and flawed—or so I feared. I needn’t have done. There were technically pleasing collections that were emotionally underpowered, but fewer that were bursting with feeling while technically naïve or ignorant. I looked to be moved by work that clearly needed the form it took. I also wanted work that snagged my imagination, work that made me go back to it for some inexplicable reason. Linda and I didn’t discuss such generalities, but we agreed very substantially on what we liked. One book on the shortlist wasn’t originally on mine, but Linda pointed it out and I realised that I had kept going back to it in the way I described. My stupid. I think our final shortlist shows how various achievement in younger poets’ work is now, and there isn’t a book on it I wouldn’t recommend. The extent of our agreement didn’t surprise me. Unless someone is obviously biassed, this usually happens. In the books we chose I find, in differing combinations, musicality, intelligence and acute observation (general or particular). A surprising proportion of entrants had creative writing degrees, but it didn’t show. Too many books had unsourced pre-publication puffs, a bad habit imported from the United States. The first readings were exciting, the second mostly so, and al the third and fourth. The poets not nominated should be aware just how strong the field was (and I know that’s what people say, but I thoroughly mean it). We deliberately didn’t seek to represent the field, but I think it turns out we pretty well have. I also learned how useful Skype is for transatlantic conversation. It was serious fun, like poetry itself.

Ledbury Poetry Festival announces the six collections shortlisted for the prestigious Ledbury Forte Poetry Prize for Second Collections published in Britain and Ireland in 2017 and 2018.

Judged this year by Lachlan Mackinnon and Linda Gregerson, the biannual prize is the first of its kind and aims to support and encourage ‘mid-career’ poets, with a £5,000 prize for the winner. The vibrant, diverse collections offer a reminder that in turbulent political times poetry – particularly those published by independent and small presses – continues to thrive and flourish.

The prize recognises that a poet’s second collection can be “dangerous, risk-taking liberating and wildly ambitious” according to Tom Chivers, Editor at Penned in the Margins, who says “I welcome a new prize for second collections, to shine a spotlight on work that might otherwise fall down the gap between the excitement of the new and the confidence of the established.”

The shortlisted poets will be invited to read at a Prize Giving event on Friday 5 July 2019 at Ledbury Poetry Festival when the judges, Lachlan Mackinnon and Linda Gregerson will announce the winner. In selecting the judges, Ledbury Poetry Festival consciously sought out poets who are not regularly judging prizes in the UK, in order to try to widen the spotlight and shine a light on poets whose collections might otherwise not receive their due in terms of attention and recognition. The result is a diverse and vibrant shortlist of poets who have not yet been picked out yet by major prizes. 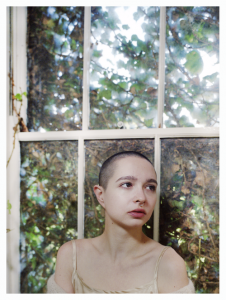 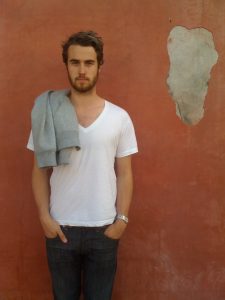 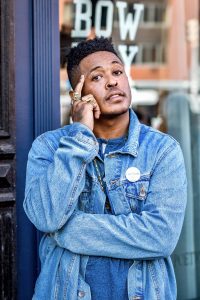 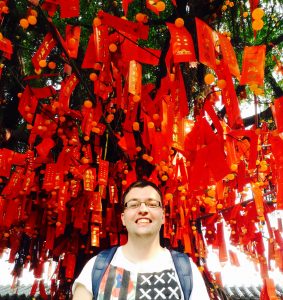 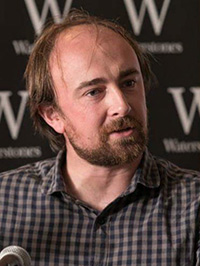 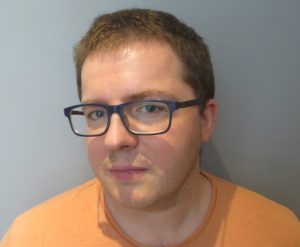