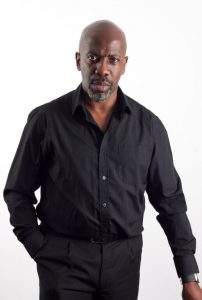 Roy McFarlane was born in Birmingham of Jamaican parentage and spent most of his years living in Wolverhampton. He has held the role of Birmingham’s Poet Laureate, Starbucks and Shakespeare Birthplace Trust Poet in Residence. Roy was highly commended by the Forward Prize for ‘Papers’, published in the Forward Book of Poetry 2017.

Other anthologies, including Out of Bounds (Bloodaxe 2012) and he is the writer and editor of Celebrate Wha? Ten Black British Poets from the Midlands (Smokestack 2011).

His first full collection of poems, Beginning With Your Last Breath, was published by Nine Arches Press (2016).

£5 on the door, to include a glass of wine or soft drink.