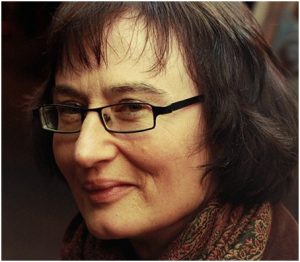 Curated by poet in residence Fiona Sampson who says, ‘To work internationally is to understand that poets’ working lives differ according to their home culture. Here are three fine poets, all with international reputations of their own, who are also key culture-makers in their own national culture: the Russian-Ukrainian editor, critic and writer; the North American director of an exemplary and pioneering university writers’ workshop; and the French musician-experimental performer.’

Christopher Merrill has published six collections of poetry and books of non-fiction, among them, Only the Nails Remain: Scenes from the Balkan Wars. As director of the International Writing Program at the University of Iowa, Merrill has conducted cultural diplomacy missions to more than fifty countries.