39. Trapdoors in the Grass with Allan Ahlberg 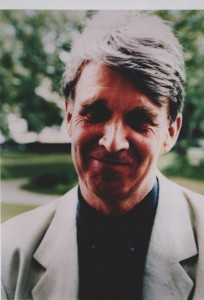 Allan Ahlberg will explore the notion of children’s poems for adults.

He has written over 150 books and his best-known are collaborations with his late wife, the illustrator Janet Ahlberg, including Each Peach Pear Plum, Cops and Robbers and Peepo!

He also recently published The Bucket: Memories of an Inattentive Childhood.