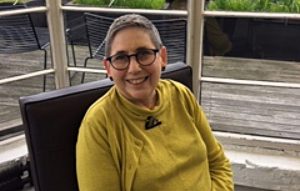 Session 2.  11.30-12.30: Cora Kaplan (Queen Mary University of London): From Wimpole Street to Casa Guidi: London and Italy in Elizabeth Barrett Browning’s Life and Imagination. In 1838 the Barrett family moved to 50 Wimpole Street, London, where Elizabeth lived, largely as an invalid, until her secret marriage to Robert Browning in 1846. The couple fled to the continent settling in Florence until her death in 1861. Both London and Italy inspired her most daring, innovative poetry. In this talk Cora Kaplan will explore Elizabeth’s personal, political and poetic response to London and Italy. With readings by Sharon Eckman.

Cora Kaplan is Honorary Professor of English at Queen Mary, University of London and Professor Emerita of English at Southampton University. She is co-General Editor, with Jennie Batchelor, of the 10 volume History of British Women’s Writing (Palgrave) and has been writing, on and off, but with undiminished enthusiasm, about Elizabeth Barrett Browning’s life and poetry since the early 1970’s.