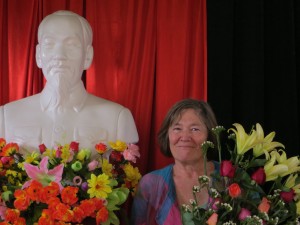 Clare Short was MP for Birmingham Ladywood for 27 years and Secretary of State for International Development.

In 2003, Clare resigned from the government over the Iraq war and later published An Honourable Deception?

She is now active in various organisations working on slum upgrading in the developing world, transparency in oil, gas and mining, African-led humanitarian action, destitute asylum-seekers in Birmingham, Trade Justice for the developing world and for a just settlement of the Palestinian/Israeli conflict.