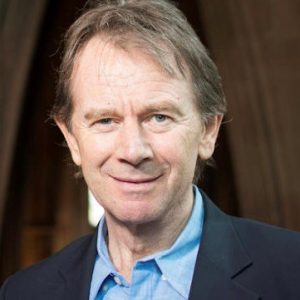 translation into English of Du Fu, China’s most famous and most loved poet. China’s tradition of poetry is one of the oldest living -the Book of Songs is earlier  than the Iliad. Du Fu (712-770) was a minor civil servant  who became a refugee and wanderer in a catastrophic war and died in poverty.
But by the twelfth century he had come  to be seen as the supreme poet whose sympathy for the common people  has endeared him to  Chinese ever since. Today he  is learned at school by every schoolchild and even President Xi has said that as a teenager doing re-education in countryside his consolation was Du Fu.

In this talk/evening of stories and readings, Michael Wood, the author of a  BBC film on the poet which was shown last year to great acclaim in China,  tells his story and reads some of the poems that are still treasured by  Chinese people today.

Michael is the  author of over 120 documentary films  which have been seen around the world. Michael’s  Story of England according to the Independent was ‘the most innovative history series ever on TV”.  His Story of China series according to  China’s Xinhua news agency,  “transcended the barriers of ethnicity  and belief and brought something inexplicably powerful and touching to the TV audience”. Michael is the author of several number one best selling books; the latest is The Story of China.

Please enable JavaScript in your browser. Many pages require JavaScript to operate correctly.