Letters to America is an ambitious collection from Guyanese-British poet, novelist and playwright Fred D’Aguiar. The twenty-two poems are full of lived tales and memories – of Britain, the Caribbean and the United States, where D’Aguiar is now Professor of English at the University of California, Los Angeles. ‘Fred D’Aguiar has written ‘a canticle of water’, a book for the individual bowed, imperilled, under the wave of history – monarchical and imperial – and crying out for collective action to stop it from consuming further shores’ ( Ambit).

André Naffis-Sahely’s bracingly plain-spoken first collection, The Promised Land: Poems from Itinerant Life gathers portraits of promised lands and those who go in search of them: travellers, labourers, dreamers; the hopeful and the dispossessed. This is poetry as reportage, as much an act of memory as of sinuous, clear-eyed vision. As this arresting new poet has remarked elsewhere: “I don’t like poems that invent memories; I have enough of my own.” André Naffis-Sahely is from Abu Dhabi, but was born in Venice to an Iranian father and an Italian mother.

Jackie Kay is one of Britain’s best-known poets, whose collections include Fiere and Bantam and the Makar, National Poet of Scotland. 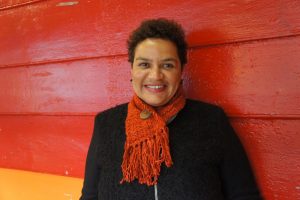