ExpiredFocus on Mexico with Modern Poetry in Translation

Previous Event
Gillian Clarke and Matthew Francis, hosted by Jonathan Edwards
Next Event
Angela France and Penelope Shuttle
We're sorry, but all tickets sales have ended because the event is expired.

Join Modern Poetry in Translation’s editor Clare Pollard to celebrate the launch of our summer issue ‘If No One Names Us: Focus on Mexico’. Zapotec-Spanish poet Natalia Toledo, whose poems explore Zapotec culture, will perform with her translator Clare Sullivan, and Jeannete Clariond will read from her new collection ‘The Goddesses of Water’ with translator Samantha Schnee, drawing on the mythology of pre-Hispanic Mexico to lament contemporary femicides.

Jeannette Clariond is a poet and translator who has dedicated much of her professional life to studying the thought and religion of ancient Mexico. Her forthcoming book The Goddesses of Water translated by Samantha Schnee will be published in August.

Samantha Schnee is the founding editor of Words Without Borders. Her most recent translation is of The Goddesses of Water by Jeanette Clariond. This year she joins the jury for the Stephen Spender Prize for poetry in translation.

Natalia Toledo’s bilingual poetry (Zapotec-Spanish) has been translated into languages as varied as Nahuatl, Italian, and Punjabi. She serves as Under Secretary of Cultural Diversity and Literacy for Mexico.

Clare Sullivan, professor of Spanish at the University of Louisville, teaches poetry and translation. Her collaborative translations of Natalia Toledo and Enriqueta Lunez have been published by Phoneme Media and Ugly Duckling Presse. 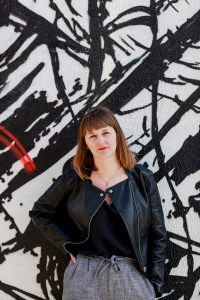