Upcoming02. Valzhyna Mort: Music for the Dead and Resurrected Reading and conversation with Sandeep Parmar

‘A striking study of what Belarus can teach the world about state violence, collective memory, and the role of poetry in fighting tyranny … Music for the Dead and Resurrected feels like its own monument, not only to Belarusians but also to victims of state violence around the world’ (The New Yorker). The poet asks: How do we mourn after a century of propaganda? Can private stories challenge the collective power of Soviet historical mythology? Valzhyna Mort traces a route of devastation from the Chernobyl fallout and a school system controlled by ideology to the Soviet labour camps and the massacres of World War II.

Live Event and streamed to Zoom 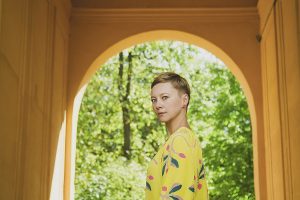