Discover treasures or listen again to favourite events from the Ledbury Poetry audio library with over 300 hours of recordings. Categorised by Festival or project. Use the site search function to look for particular poets or events.

Made possible by the support of the Friends and Companions of Ledbury Poetry. If you are interested in finding out more about how to support Ledbury Poetry please visit the Join and Support page.

Please select the category of recording you are looking for.

04. Sonnets for Albert with Anthony Joseph

A magical, musically highlighted spoken word performance with poet Anthony Joseph and virtuoso musicians playing improvised jazz. Sonnets for Albert remixes the form in a set of elegies for the poet’s father that navigate absentee fatherhood and masculine fragility.

American poet Nicole Sealey is the author of Ordinary Beast, finalist for the PEN Open Book Award. Kevin Young is The New Yorker’s poetry editor and the director of the Schomburg Center for Research in Black Culture. Hosted by Ledbury Poetry Critic Oluwaseun Olayiwola.

Readings and conversation ranging across place and displacement, intimacy and loss, self and other. James Byrne is a poet, editor, translator and visual artist. Forrest Gander writes that Places you Leave is ‘restlessly energetic and politically insistent…these are knife-sharp glimpses of the world.’

“Water that sings/ through blood and brain” permeates the mesmerizing series of contemplative poems in Sarah Hymas’s melt. Jason Allen-Paisant’s Thinking with Trees is a radical response to the pastoral
and walking traditions, in woods where dogs are welcomed but black men are suspect. Hosted by Ledbury Critic Mantra Mukim.

Brian Bilston has been described as the Banksy of poetry and Twitter’s unofficial Poet Laureate; with over 150,000 followers on social media, Brian has become truly beloved by the online community.

Full of poems that will make you giggle about all things football, including being left out of the World Cup squad, mum’s opinion on Messi vs Ronaldo. 50 Ways to Score a Goal and Other Football Poems includes witty chants, a haiku or two, and fun shape poems about the beautiful game. Laugh together through the…

What is the Role of the Poetry Critic? How do poetry reviews reflect diversity and the value of poetry? Who are they written for? Panel discussion with Kevin Young, Sandeep Parmar, Sarah Howe and Ledbury Poetry Critic Oluwaseun Olayiwola. 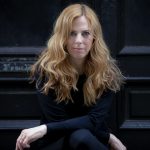 Deborah Landau is a professor and director of the Creative Writing Program at New York University. Her latest collection, Soft Targets follows two others in the US, The Uses of the Body and The Last
Usable Hour. Alex Dimitrov is the author of three books of poems,including Love and Other Poems, Together and by Ourselves, Begging for It. 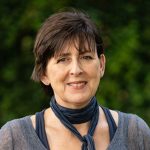 Hear poets with forthcoming collections read and hold conversations about their work, introduced by Neil Astley in place of Dr Jo Clement who was unable to attend.  Raine Geoghegan is a UK-born poet, writer and playwright of Romany descent, and Sarah Wimbush’s poetry is rooted in Yorkshire with tales of childhood,

John Murillo’s collections are “Kontemporary and Amerikan Poetry” and “Up Jump The Boogie”. Thomas Lynch, poet, essayist and undertaker, reads from “Bone Rosary” which brings together the extraordinary work of a lifetime. Hosted by Ledbury Poetry Critic Dzifa Benson.

Mererid Hopwood, the great Welsh language poet and Professor of Languages, the first woman to win both the Bardic Chair and the Crown at the National Eisteddfod, introduces the life and work of the Chilean poet, who in 1945 became the first Hispano-American winner of the Nobel Prize for Literature.

A unique celebration of poetry and music created and composed by women! Harpist Olivia Jageurs performs music by female composers across the ages. The audience was invited to bring their own contributions of poems to read, either by themselves or by treasured female poets. There will be selections from a Baroque suite, a fiery Spanish fandango…

A musical journey along the Camino de Santiago walking route with harpist Olivia Jageurs, starting with the music of Claude Debussy and Lili Boulanger, ending with the beloved Rodrigo guitar concerto reworked for the harp by jazz harpist Dorothy Ashby.

In March 2020, Michael Rosen was admitted to hospital with coronavirus. What followed was months on the wards as the NHS saved his life. Throughout it nurses wrote him letters of hope and support in a diary and, as soon as he was awake, he started writing his own story. 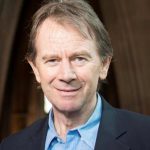 Michael Wood, the author of a  BBC film on the poet which was shown last year to great acclaim in China, tells his story and reads some of the poems that are still treasured by  Chinese people today. Michael is the  author of over 120 documentary films  which have been seen around the world. Michael’s  Story of England according to the Independent was ‘the most innovative history series ever on TV”.

Singer storyteller Gecko bring his whimsical rhyming tales to Ledbury, as he releases his second album Climbing Frame, with playful songs that cover the big things in life with wit and warmth. World Poetry Slam Champion Harry Baker is a poet and a maths graduate. He writes about important stuff like hope, dinosaurs and German falafel-spoons.

68. The Power of Endings

Elaine Beckett, Greta Stoddart, Gill Barr and Helen Evans explore the challenge of when and how to end a poem and considered this in relation to the wider cycle of life and death.

A Celebration of European Poetry with Johanna Venho from Finland and Iryna Tsilyk from Ukraine. The aim of Versopolis is to bring them to the attention of a wider European audience through translating and presenting them at Festival.

Alistair McGowan is an impressionist, actor, writer of jokes, plays and sketches, stand-up comedian  and, latterly, pianist. His early career on Spitting Image and The Big Impression, two of TV’s most popular shows, made him a household name. An inspired and inspiring entertainer, Alistair will share the poems he has treasured most throughout his life…

Claudine Toutoungi is the winner of the Ledbury Munthe Poetry Prize for Second Collections. According to the judges, Two Tongues is often hilarious, frequently offbeat and utterly original. Her control of language, her wit, her dexterity of line and image… revolve around her subjects with a maturity and elegance that isn’t afraid to step into the…

72. Reading and conversation on Foreignness and Assimilation.

Jessica Mookherjee and Maria Jastrzebska in conversation with Ledbury Poetry Critic Sarala Estruch. Exploring the poetics of foreignness and assimilation, the poetry of witness, and how the body and land and borders appear in their poetry. Jessica Mookherjee and Maria Jastrzebska will also discuss how they express the themes of illness, and survival in the…

Kayo Chingonyi’s remarkable second collection follows the course of a  ‘blood condition’ as it finds its way to deeply personal grounds. From the banks of the Zambezi river to London and Leeds, these poems speak to how distance and time, nations and history, can collapse within a body. ‘A Blood Condition‘ is one of the… 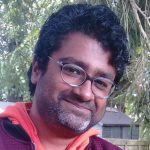 Seni Seneviratne and Vidyan Ravinthiran, both Sri Lankan-British poets, read from their own work and also share poems from the anthology of Sri Lankan and diasporic poetry they’re editing with Shash Trevett.  The diversification of the poetry world is a wonderful thing. But how often do we read and enjoy poems written outside the UK and the US? 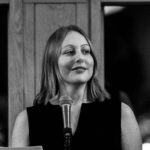 Elizabeth Parker grew up in a garden nursery in The Forest of Dean and now lives in Bristol. Her poetry has been published in various journals including Magma, The Stony Thursday Book, The Interpreter’s House and Agenda. Among others, she has been shortlisted for The Bridport Poetry Prize and The Gregory O’Donoghue Poetry Prize. She was a prizewinner in the 2016…

Gen Winner of the People’s Choice Award, Wales Book of the Year 2019, Gen contains humour, warmth and is a worthy follow-up to Ledbury Poetry Competition winner, Jonathan Edwards’ popular and critically-lauded debut. Gen is a book of lions and rock stars, street parties and servants, postmen and voices. In the opening sequence’s exploration of…

Launch of the new anthology, Home on the Move: Two Poems go on a Journey. Featuring Jim Dening, Margaret Adkins, Jacqui Rowe, Home on the Move explores notions of ‘home’ that are challenged and reshaped by unprecedented migration. The anthology interrogates ideas of home, belonging and language from poetic perspectives. The creative responses are the…

Roger McGough, one of Britain’s best-loved poets, is the author of over seventy books of poetry and editor of numerous anthologies. His exuberant new collection joinedupwriting ranges from forgotten friendships and the idiosyncrasies of family life to the trauma of war and contemporary global politics. These poems explore the human experience in all its shades…

Please enable JavaScript in your browser. Many pages require JavaScript to operate correctly.